The Religious aspect of Hinduism, it’s Culture and Traditions are the essence of Varanasi. At the BrijRama Palace we deeply conform to this ethos and have dedicated Facilities and Services that allow for tailor made arrangements to suit the individual requirements of our guests visiting Varanasi for performing such Ceremonies, Pooja & Rites.

To Name a few prominent ceremonies,

Pishach Mochan Kund is an auspicious place for those who have faith in the concept that the body dies but the soul is immortal and for its peace it is important to perform Shraddha rituals. Under the guidance of purohits. During the Pitra Paksha or the fortnight during which shraaddh karma is performed, devout people come from across the country at the Pishach Mochan Kund and temple for the same. ‘Tripindi shraaddh’ requires three Brahmins to perform the required ritual. Pishach Mochan is the place where troubled spirits are freed in case if someone in the family has met an untimely and tragic end since long and it is also mentioned in Skanda Purana.

It is a ritual of worshipping Lord Shiva in the Rudra form. In this method, the Shivlinga is washed by the water, which continuously keeps pouring on it through a vessel along with the continuous chanting of Vedic mantra called the Rudra Sukhta. In all the Vedic scriptures the Rudra Abhishek puja is considered as the greatest spiritual puja.

Pind Daan and Shraddh are performed at Kashi, Varanasi. It is said that all obstacles in life are smoothened once you perform Pind Daan ritual for your parents or ancestors. 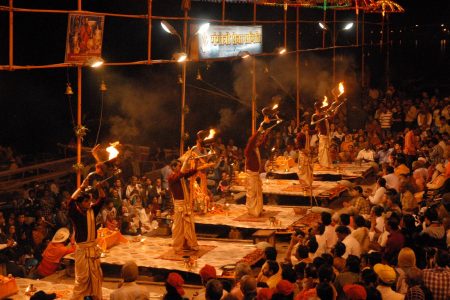 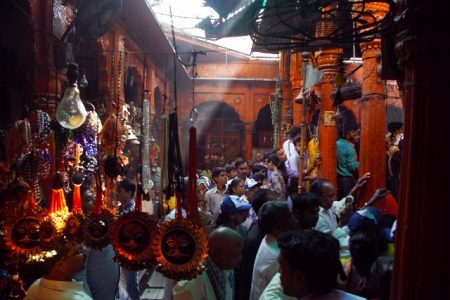