Varanasi, popularly known as Benaras or Kashi, one of the oldest continually inhibited cities in the world and is situated on the banks of river Ganga- the Ganges. One of the most sacred pilgrimages to Hindus, Varanasi offers vibrancy in its culture and in the complete atmosphere. From Ghats to Ganges, temples to pedestrianised maze of alleys, or ‘galis’, beautiful sunrise to Ganga Aarti (a hindu prayer ritual), Varanasi exudes the spirit of beauty, magic and old world charm.

Most sacred of the rivers in India, the Ganges is personified as the Goddess Ganges. An enduring legend has it that the goddess descended upon earth for King Bhagirath who prayed for the liberation of the souls of his ancestors.

Devout Hindus believe that bathing in the holy water of the Ganges cleanses one of sins and paves the way towards Moksha ( freedom from the cycle of life and death ). Hence the ritual of immersing ashes of the deceased in the holy waters of a river.

Bhagirathi, the main tributary of Ganges arises at the foot of the Gangotri Glacier at Gomukh, at an elevation of 3892 mts (12769 ft). As she flows down the Himalayas, she is joined by other rivers in spectacular confluences to join Alaknanda at Devprayag and flows down to the plains as Ganges.

A breathtaking crescent along the ghats at Varanasi, the Ganges 2525 km long traverses many states before offering herself to one of the largest river basins of the world, the Bay of Bengal. All along her travels she is the lifeblood of the north Indian plains and mother of many ancient cities that have birthed on her banks.

Significance of the Ghats

In Varanasi Ghats are man made embankments of stone, centuries old and built to face east towards the rising Sun. Originally built as access to the river for pilgrims seeking a holy dip to perform sacred rites and religious ceremonies, some sections of the ghats are dedicated for cremation rites.

The 8 kms stretch of the river in Varanasi has 84 Ghats and over 300 temples dedicated to various Hindu deities. Built post 1700 AD, the patrons of the ghats were of Maratha lineage from the noble houses of the Scindias, Holkars, Bhonsles and Peshwas.

Dashashwamedh Ghat is where Ganges Aarti, a ritual offering to the Ganges is performed every evening to intense chanting and beating of cymbals. Believers and travelers from around the Globe flock to participate in this ritual every day through out the year.

Other ghats of historic and religious importance are Panch Ganges ghat, Manikarnika ghat and Lalita ghat, to name a few, each of them with a special function and significance. 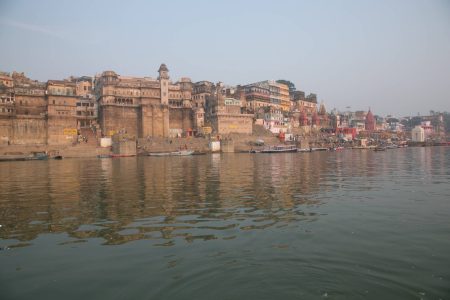 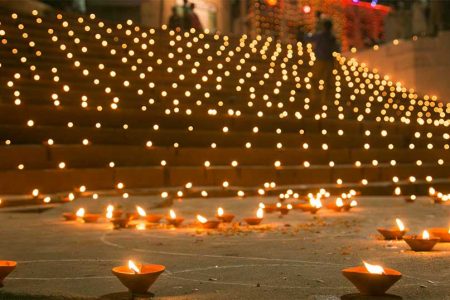 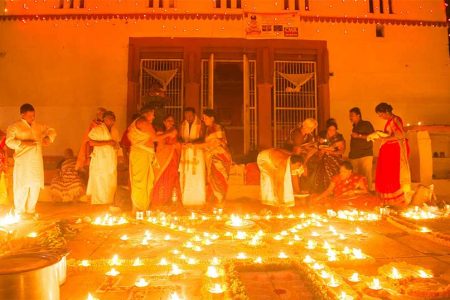 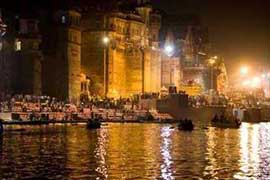